Dr. Sanjiv Bhatia passed away on May 24, 2018, after a brief illness. Sanjiv was a beloved father, husband, teacher and pediatric neurosurgeon at Nicklaus Children’s Hospital and the University of Miami/Holtz Children’s Hospital. 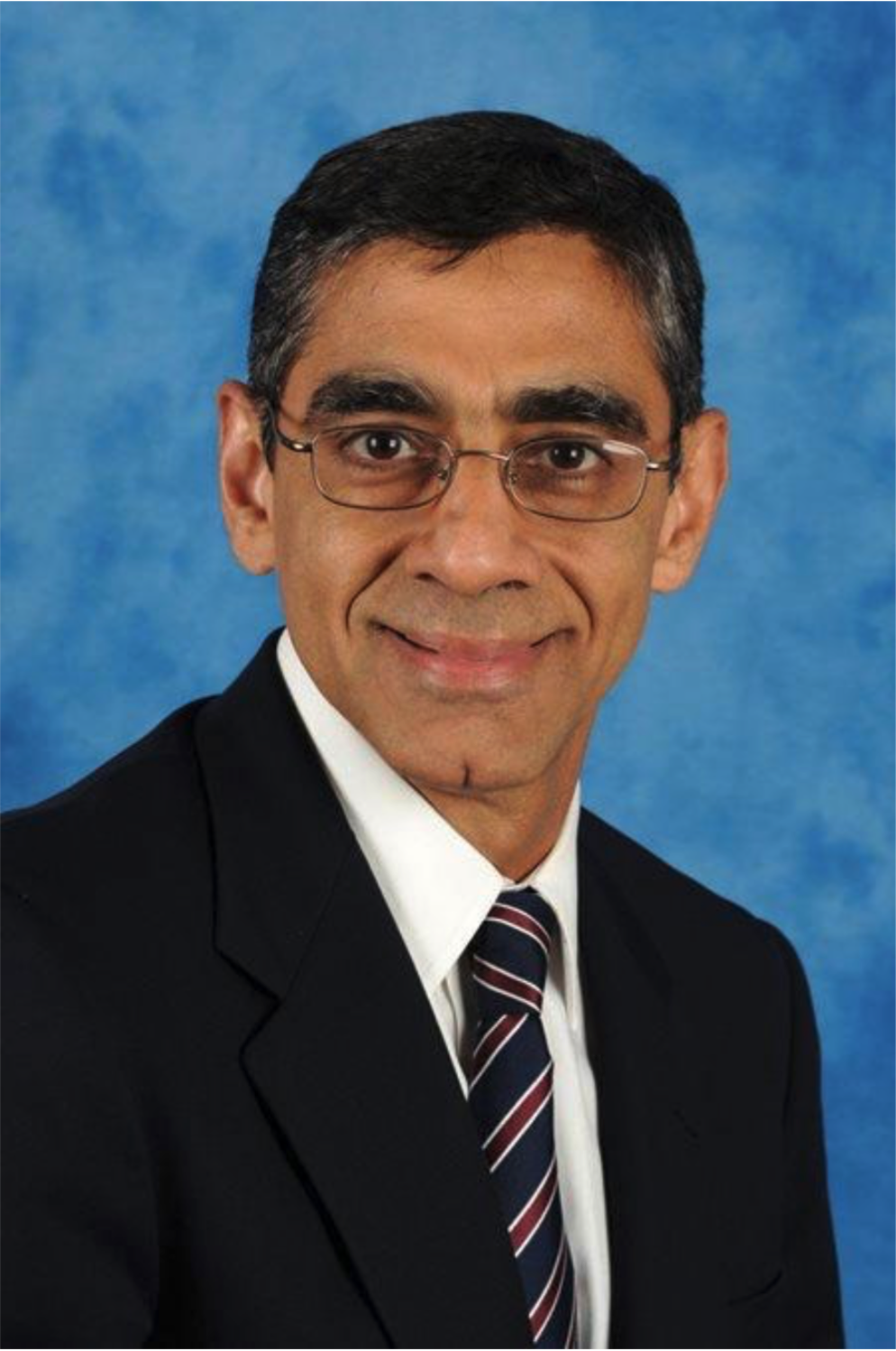 Sanjiv was born, raised and educated in India by parents that emphasized education and service to others. He attended the prestigious All India Institute of Medicine (AIIMS) for medical school and his neurosurgery residency, completing his training in 1986. He then joined the faculty at AIIMS and practiced general neurosurgery with a special interest in epilepsy surgery. He left India to spend two years at the National Institutes of Health in Bethesda to do research in PET and MR imaging in patients with epilepsy.

Drawn to the United States as the land of opportunity, he took a clinical position at the Boston VA, where he practiced general neurosurgery from 1997-2000. Wanting to stay and practice in the U.S. and become ABNS certified, he came to the University of Miami (UM) in 2000 as a neurosurgery resident, staying on at the University of Miami where he was also the first pediatric neurosurgery fellow at the Miami Children’s/University of Miami fellowship. Sanjiv was adored by his fellow residents for his fatherly mentoring and was known affectionately as “Uncle Sanjiv”. He was certified by the American Board of Neurological Surgery and the American Board of Pediatric Neurological Surgery, in addition to being a Fellow of the American College of Surgeons and the American Academy of Pediatrics.

Sanjiv joined the faculty in 2004 and because of his extraordinary skill, clinical acumen, dedicated teaching and academic productivity was promoted to the rank of Clinical Professor of Neurosurgery and Pediatrics in 2016. He was recognized nationally and internationally for his expertise in pediatric epilepsy surgery, on which he published extensively and was a frequent invited lecturer. He was a reviewer for several journals and a regular contributor to the neurosurgical literature. Sanjiv was active in many administrative and committee positions at both the University of Miami and at the Nicklaus Children’s Hospital, most notably as the Chief of the Department of Surgery and Director of the Operating Room at the Children’s Hospital. He could be counted on to be the calming voice of reason that could quell most any challenge. The lessons of service to others and kindness to all, taught by his father’s example when Sanjiv was a child, was evident throughout Sanjiv’s professional career.

As a pediatric neurosurgery fellow, he was part of the first surgical team in 2003 to provide neurosurgical care for the children with hydrocephalus in Haiti. Over the next 15 years, Sanjiv continued to lead surgical teams to Haiti to provide care for the children and was a founding board member of Haiti Healthy Kids, a non-profit established to create neurosurgical education and provide care in Haiti. These efforts in Haiti were instrumental in the establishment of Haiti’s first neurosurgical training program in 2017, for which Sanjiv was an active participant. His commitment to those in the developing world was also evident in his enthusiastic involvement in the educational efforts of the International Society for Pediatric Neurosurgery and in the organization’s online open access educational tool “The Guide”, intended to bring neurosurgical knowledge to the developing world without the cost of textbooks or journal subscriptions.

Heralded for his clinical skill as a neurosurgeon, Sanjiv’s greatest gift was his humble, caring and compassionate persona. No matter how busy, he was never rushed nor short with his patients, family or hospital staff. His joy in seeing the healed child and their thankful parents was always

obvious in the office in his broad smile and warm greeting for the children and families. He was at his happiest when a small child asked to sit in his lap or to pose for a photograph.

Sanjiv was a dedicated husband and father. He was married to Dr. Rita Bhatia – a distinguished and accomplished UM neuroradiologist. His eldest son, Ritwik Bhatia, and his daughter-in-law, Monisha Bhatia are both recent graduates from Vanderbilt University School of Medicine and will be beginning Neurology and Internal medicine residencies respectively at UM/Jackson Memorial Hospital this summer. Sanjiv’s younger son, Shovan Bhatia, graduated from Ransom Everglades High School and will be attending the Georgia Institute of Technology this fall, where he will study Mechanical Engineering and participate in their Global Leadership program. Sanjiv relished his time with family, particularly the vicarious pleasures of their sons’ successes: Ritwik’s time at the University of Pennsylvania, the NIH and then medical school and Shovan’s robotics, elevation to Eagle Scout and his accomplished high school rowing career. He also enjoyed keeping fit: joining Shovan on a rigorous hike at Philmont Scout Ranch in the Rocky Mountains, as well as playing tennis regularly.

The void left by Sanjiv’s untimely death is deep and wide and noted across the neurosurgical world. He was loved and cherished by all of us that had the good fortune to work with him, especially during his 18 years in Miami. Sanjiv will be missed by many, not least by the children and families that relied on him for his caring and expertise. 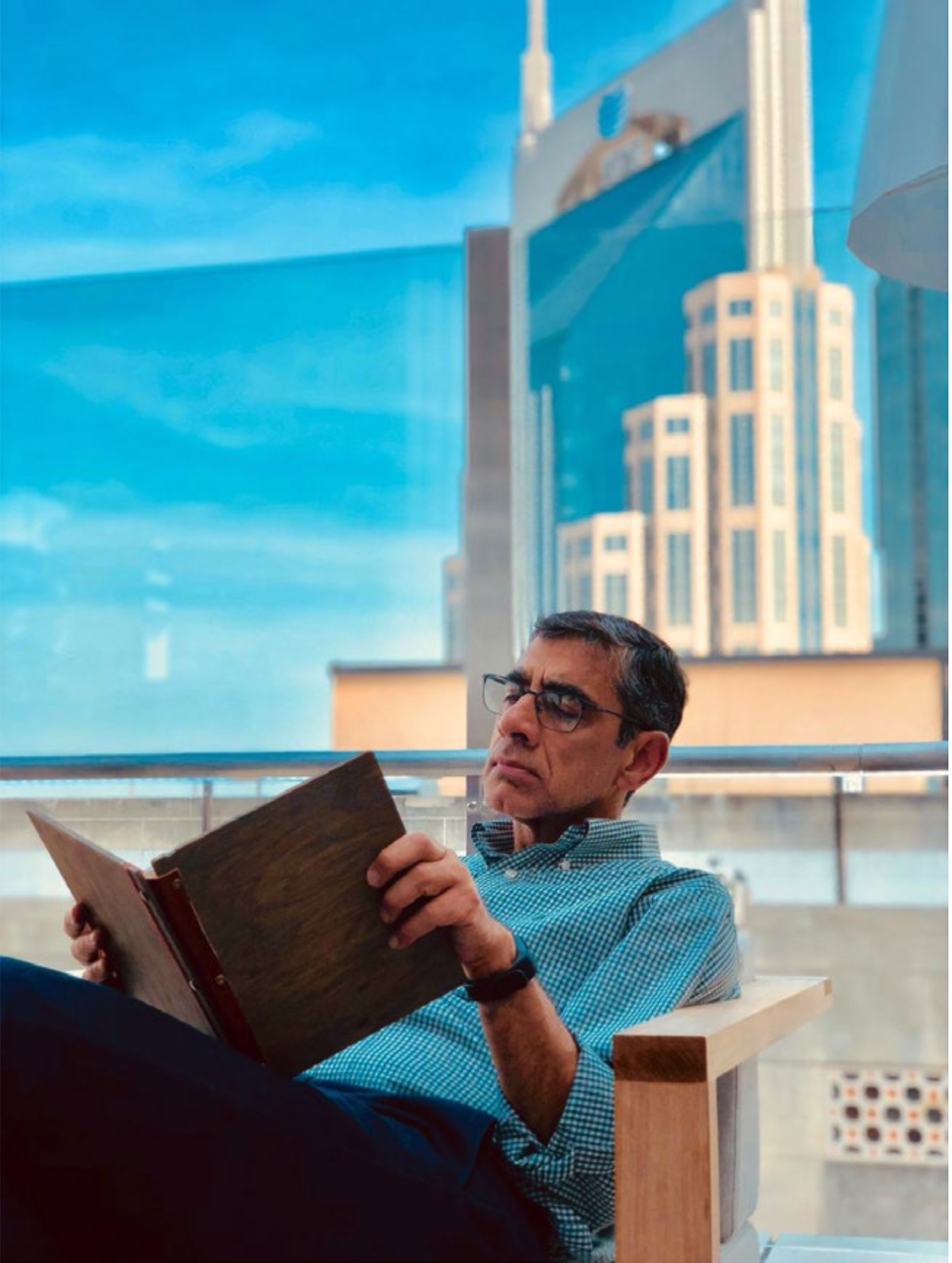